I’ve had interest in programming since before I even knew a thing about 3D. Started with C# in GameMaker, then Unity, later I got into Python and I’ve used it to make scripts in Maya and Blender. I’ve used C++ in Unreal as well but I’d rather stick with blueprints even though they feel so limiting some times. I tested the waters with shader scripting but then node shaders became more popular so I’ve been working with those. When I finished high school I thought I had to choose between programming and 3D art, I chose to stick with 3D and later on I learnt that I could do both and become a unicorn.

My biggest project so far is 3DMOP, which was on Google Play but got taken down since I didn’t have the time to be updating it whenever Google changed things. Here’s a video I made to show how it worked early on:

3DMOP is an app that lets you show your 3D models with textures and animations without having to connect to the Internet. I started working on it long before Sketchfab released it’s mobile app but don’t have the means to keep working on it at the moment so had to put it on stand-by. It is useful in it’s current state nevertheless and I myself use it to show my models on the go to people that are interested. 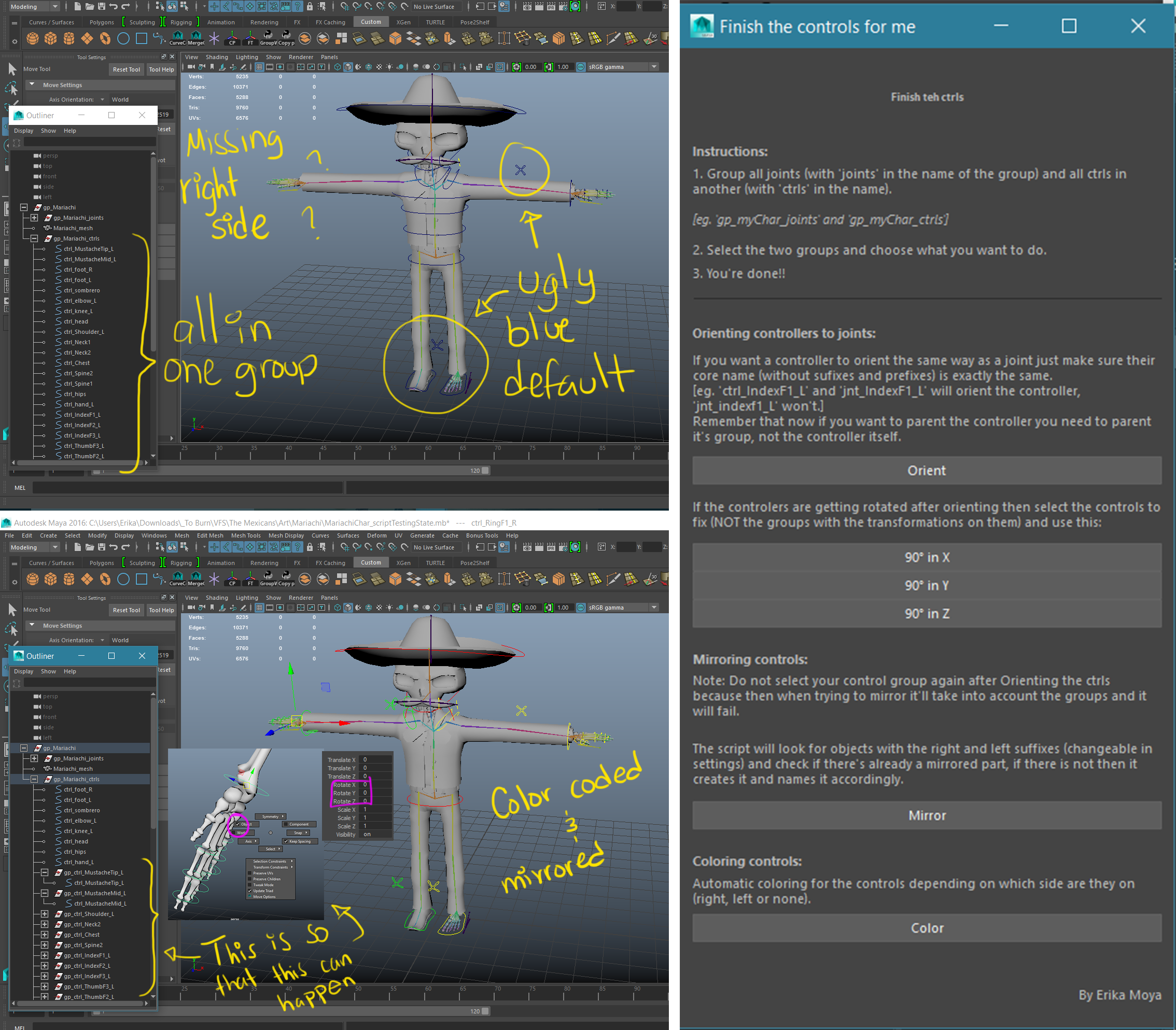 During the development of Catrina’s Plight I made this script to help me save time while rigging. You can get Finish teh ctrls in HighEnd3D for free. 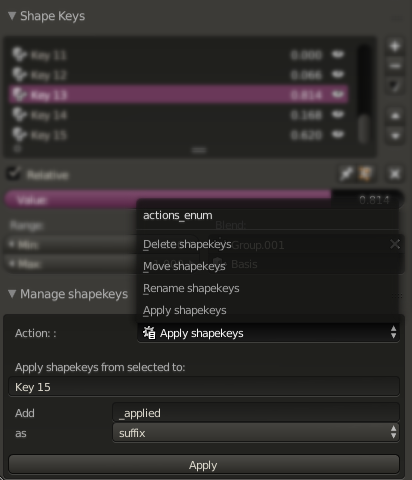 This script I made while working with a client and saved me HOURS of brainless clicking. You can buy Shapekey Manager from Blender Market. It lets you manage shape keys by bulk; you can move, rename, delete, and apply dozens of shape keys with a couple of clicks.

What “Apply shapekeys” does is:
1. Save current value of all shapekeys and set them to zero.
2. “New shape key from mix” of one shape key at a time, with value set to one.
3. Adds the suffix/prefix of choice.
4. Restore shapekeys’ values.

And this is useful when you are using a vertex group as a mask for shape keys, because this is ignored when exporting the file. That’s why I called it Apply, it’s like applying a mask. Without this script you would need to do those steps manually, for each shapekey, which is a huge waste of time. But no more!

I have been working on other projects like a typing educational game and a bigger project called Erlyn. You can see more about that last one here, and for the typing game I’ll be publishing a beta in itch.io sometime soon.

Also it seems like I hadn't shared how the mining progressed? I thought I did, but in any case here it is :>
You can tap or hold#ProjectErlyn pic.twitter.com/jUGhPaizrG