Bringing them to real life

Besides making assets for video games and applications I also make models to be 3D printed in all kinds of scales. Most of the clients I work with as freelancer are looking to be able to 3D print my work. 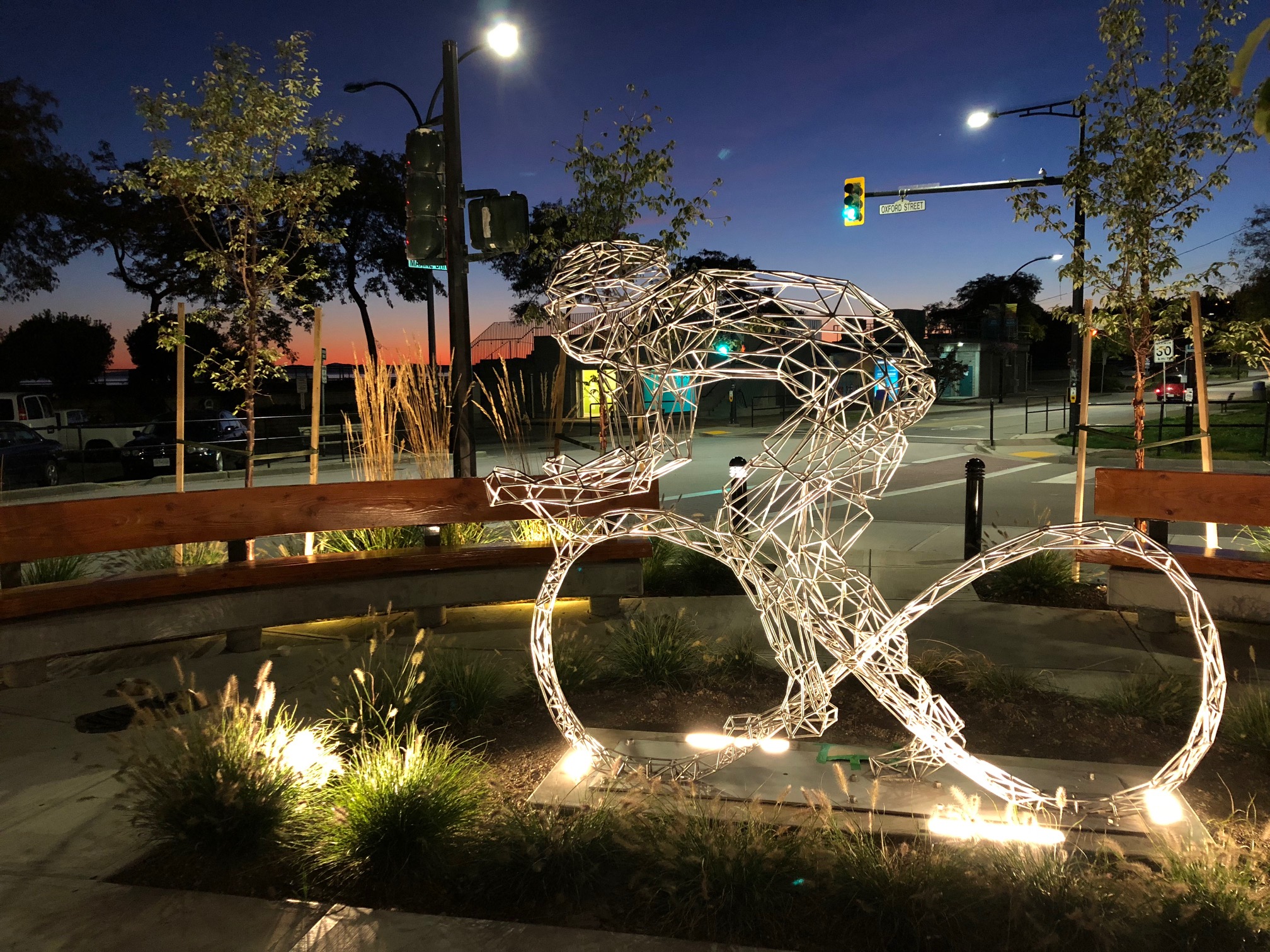 The project was commissioned by the City of White Rock, BC and I worked with Hooman Mehdizadehjafari to bring his design to 3D, alongside Chris Choi from 3DSmith Studios Inc. who helped a lot with feedback and 3D printed the prototypes. This happened around February 2017.

Basically what I did was turn this: 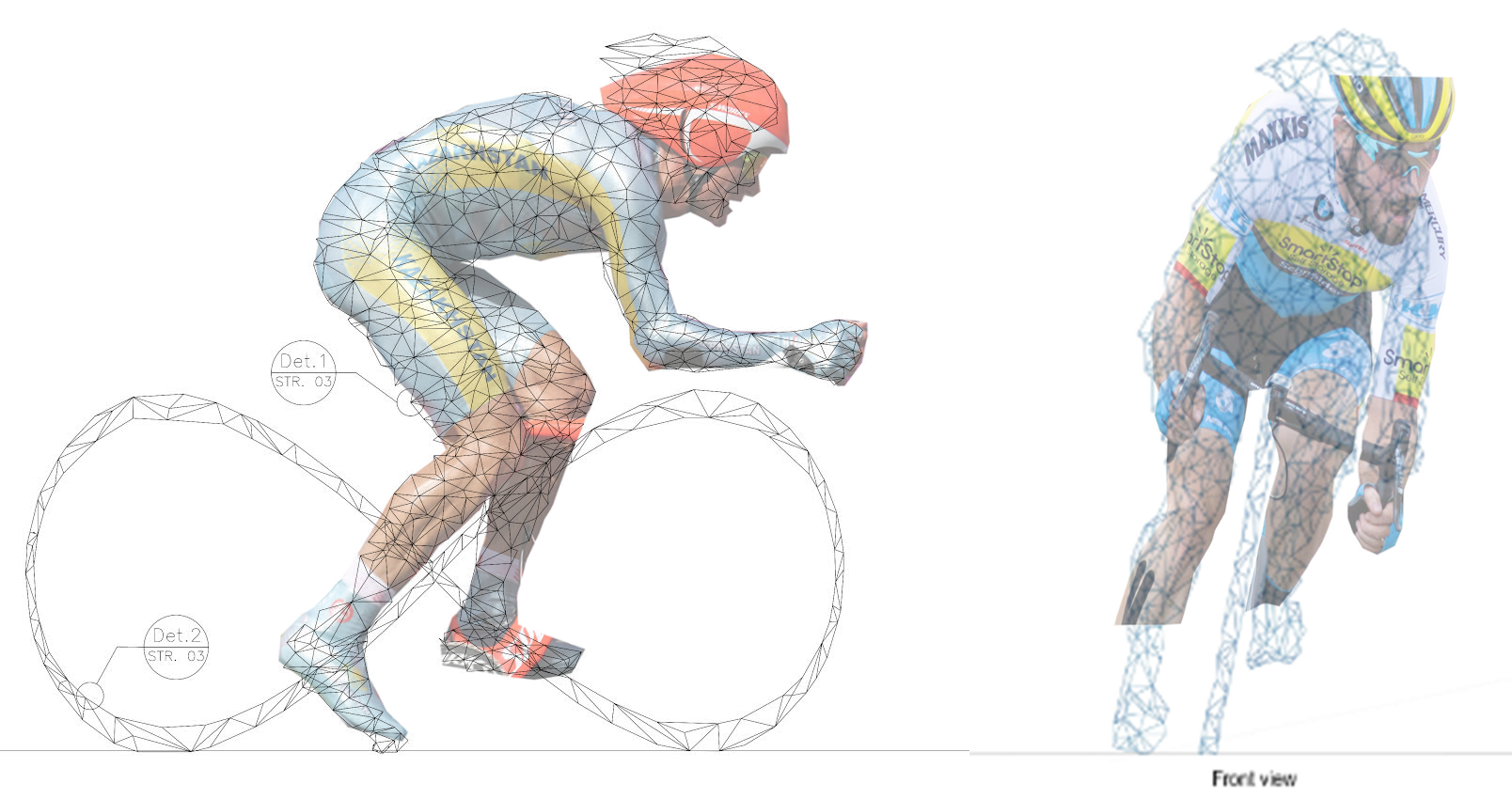 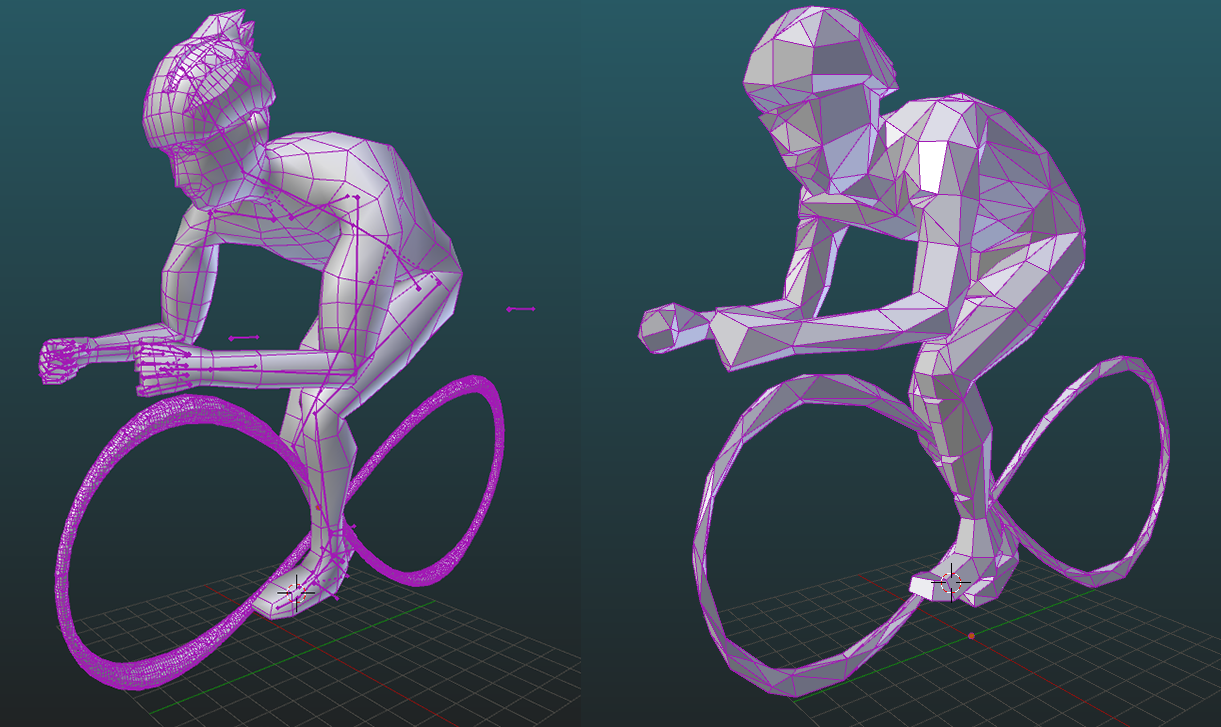 It took me around 12 hours, including the changes made with feedback. First I made the models as any other, closed surface, made a quick rig to pose it, and then played with Blender’s modifiers (decimate, wireframe, remesh, subsurface) to get my result while tweaking it and cleaning up. Lots of cleaning because the wires not always behaved like you would expect, they would get super thin in some parts so I would need to make a cylinder, superpose it and then use booleans, which also not always behave as you expect with high-poly models.

The only software I used was Blender. For the real-scale structure to be 3D printed I sent a file with the wires as curves (no mesh), the printed prototype was with the model I uploaded to Sketchfab.

You can see the full gallery of photos from the unveiling here.

This is how it looks like in small scale, the prototype printed by 3DSmith Studios Inc. 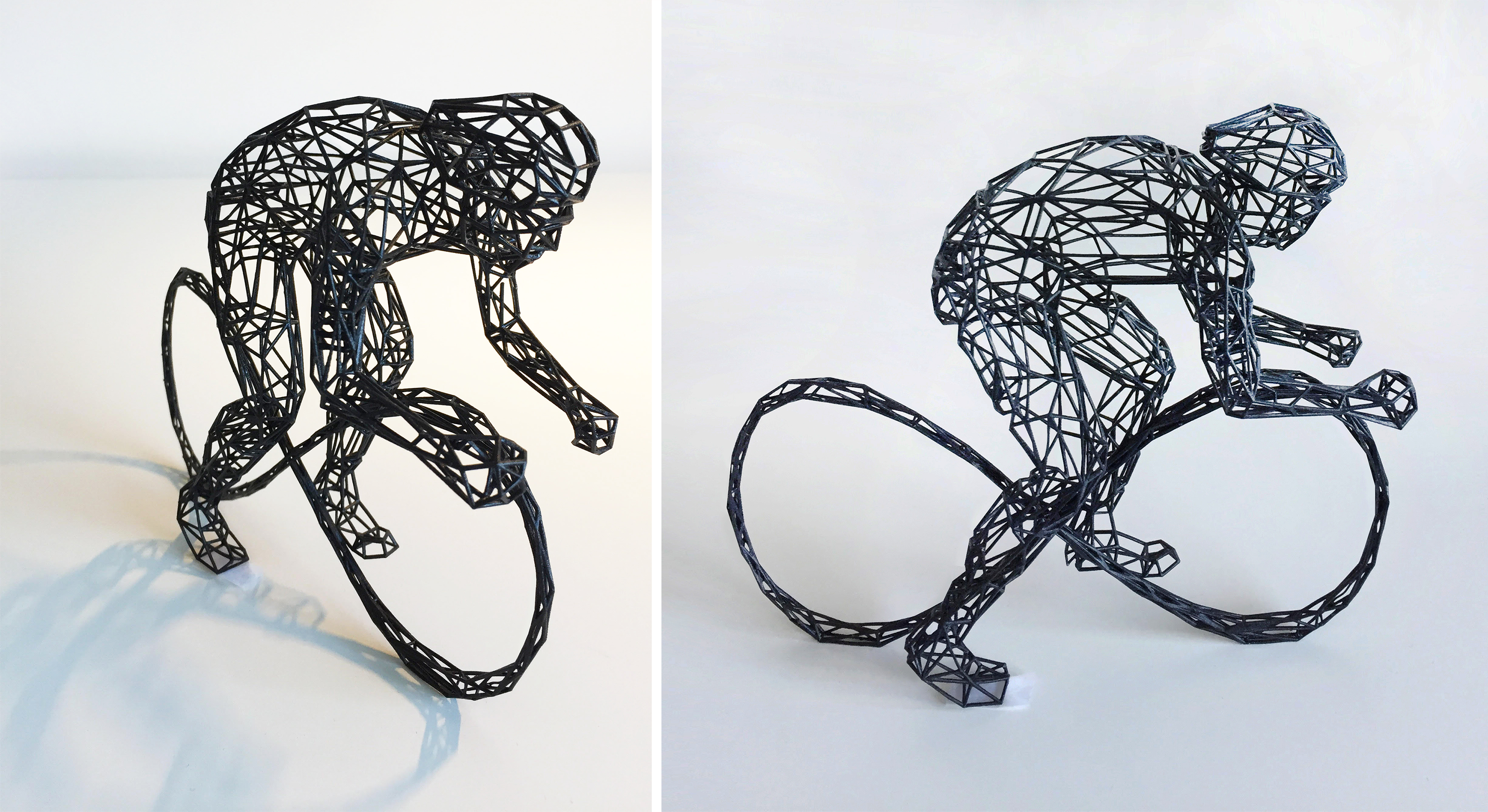 After finishing Infinity Cycle I’ve kept working with Hooman with many of his other projects, here are some of them: 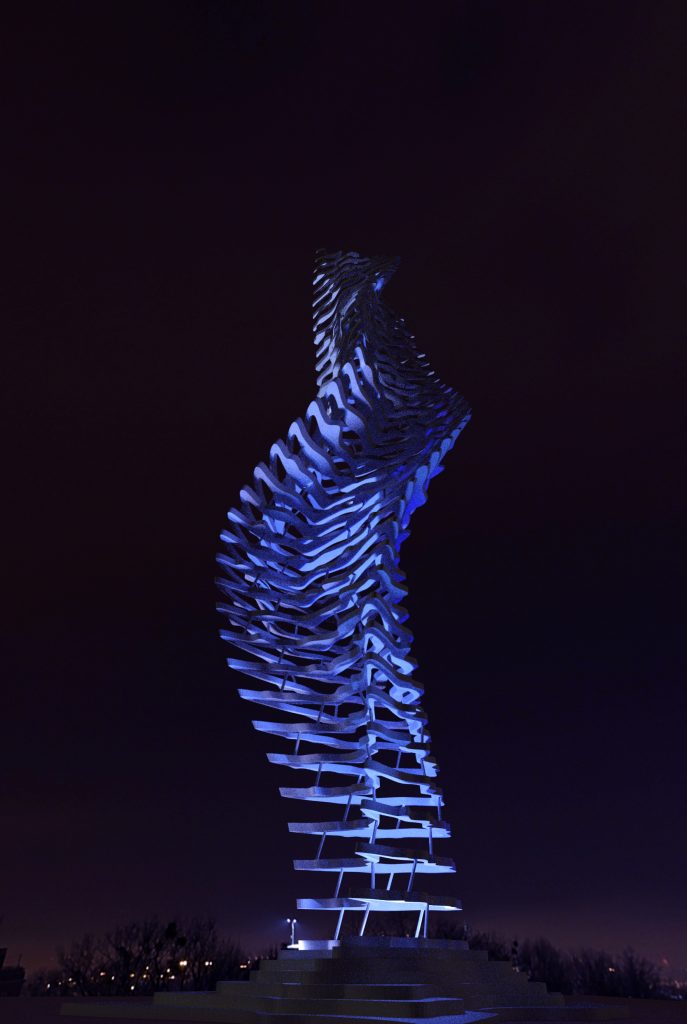 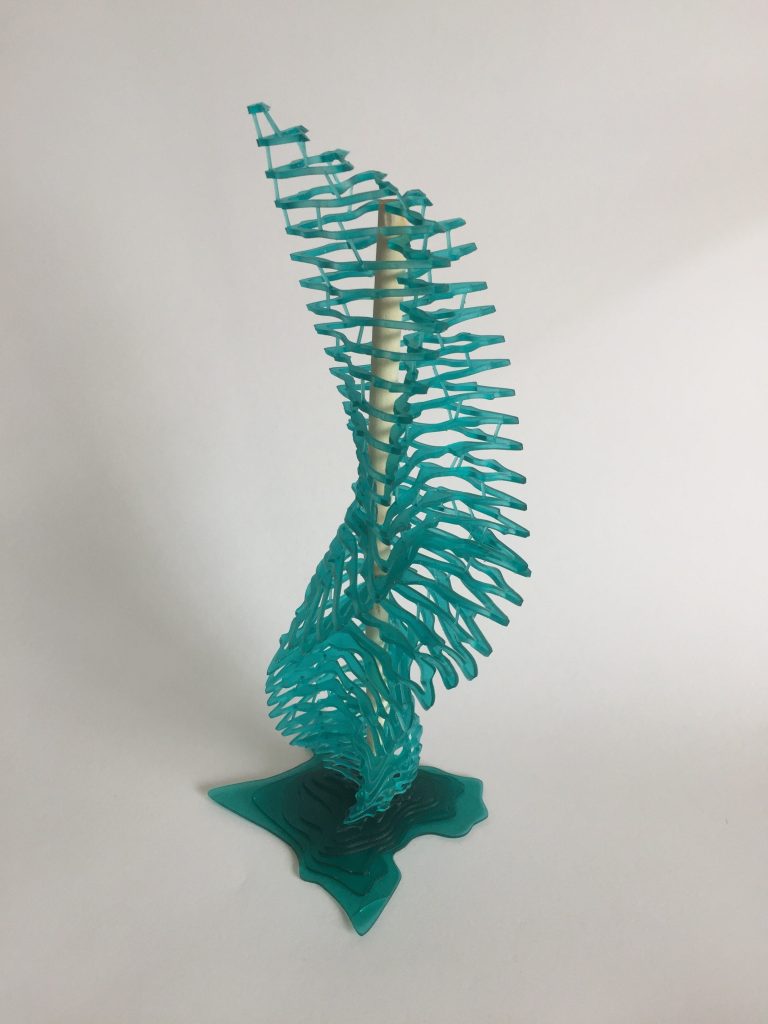 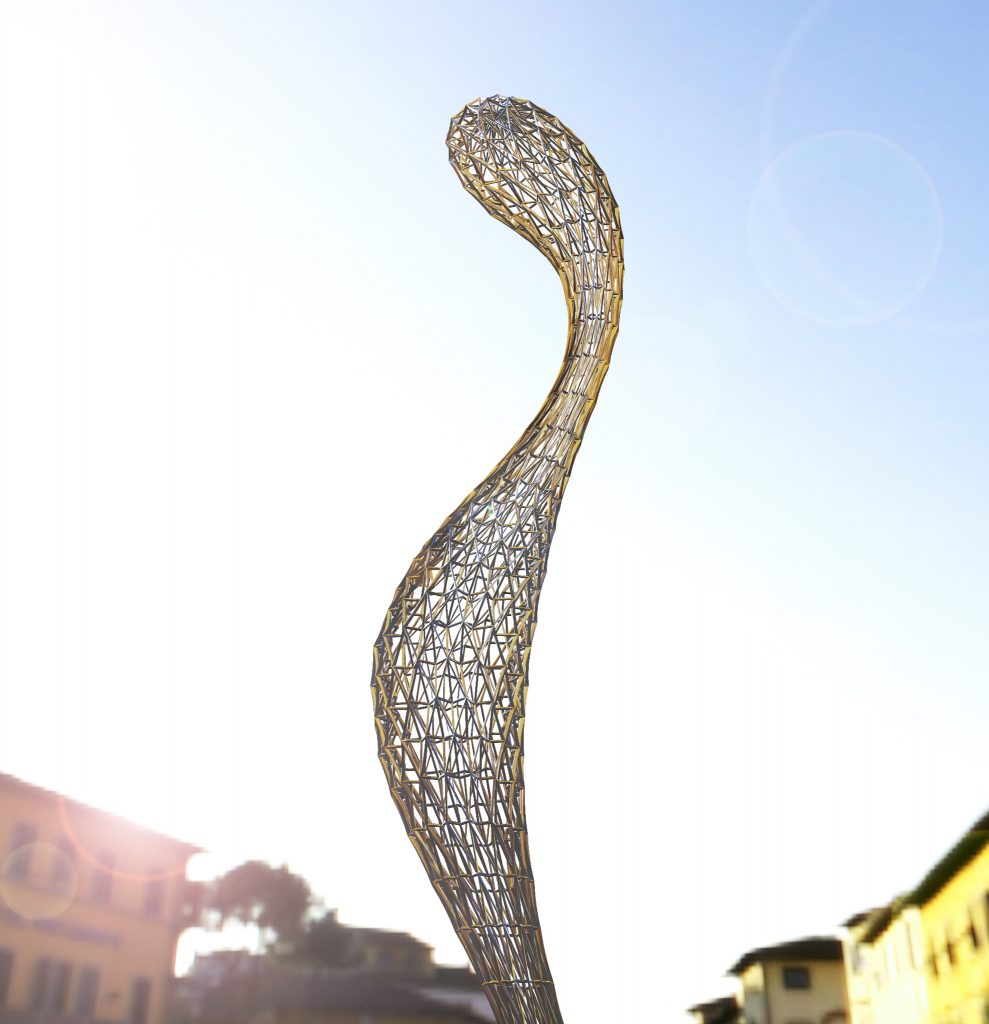 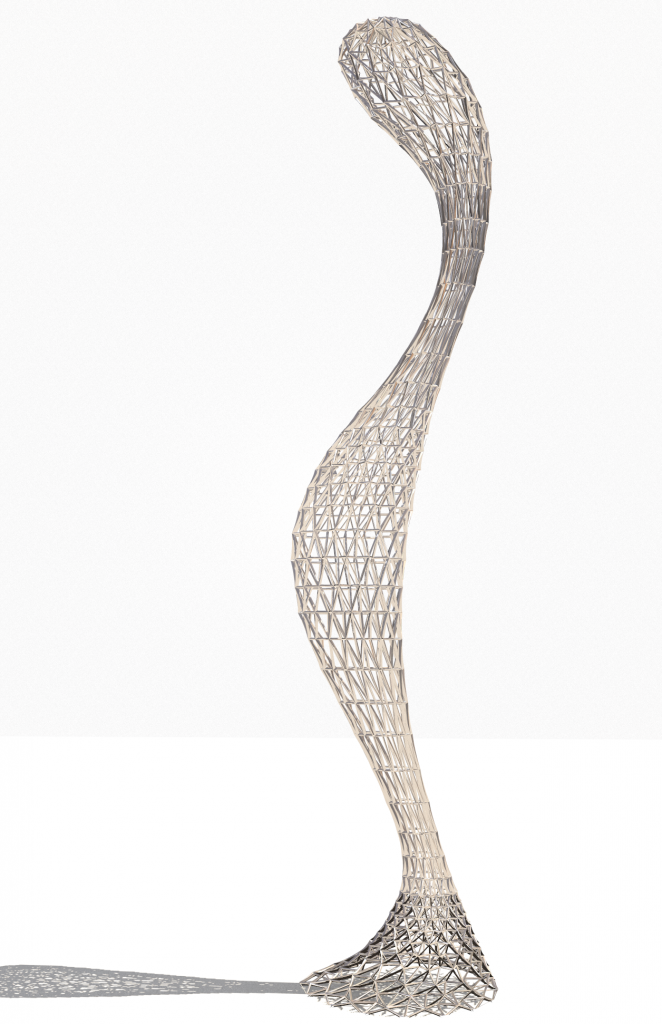 For this one I provided plain renders without background and Hooman implemented the rest. 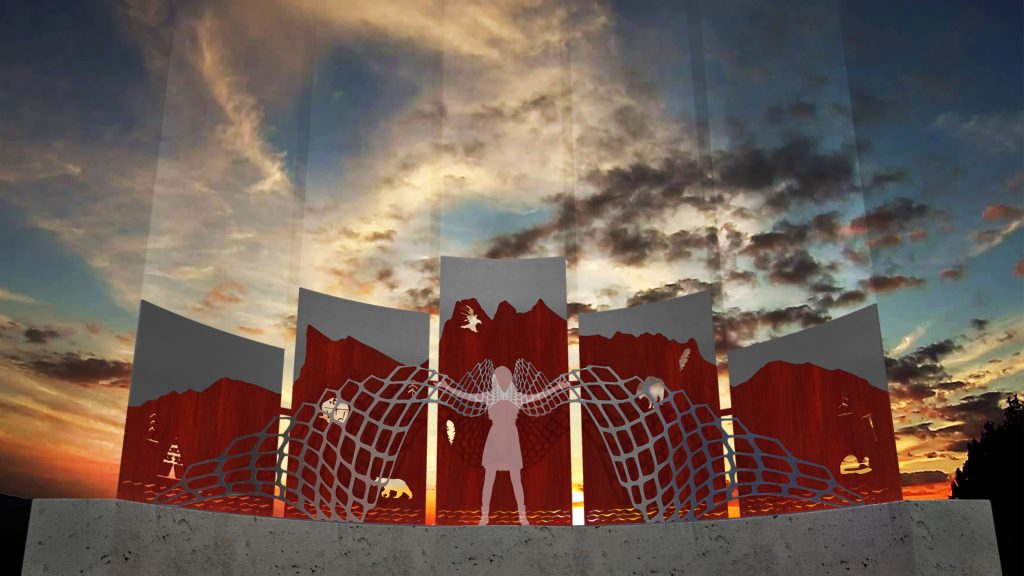 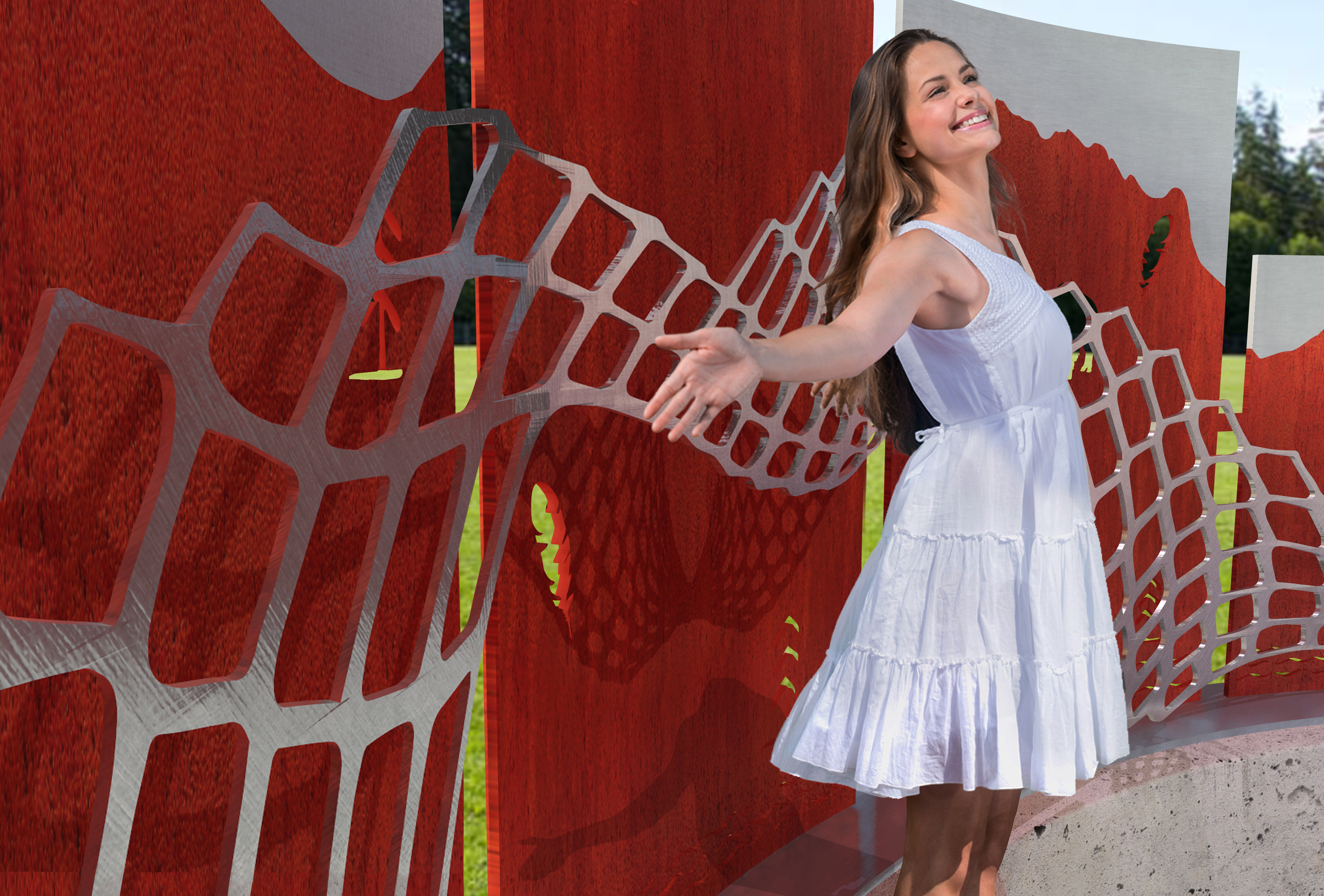 This lion was made following Brian Matheson’s direction for Ital Bay Boutique. I modeled it using both Blender and Zbrush, then it was 3D printed to make the cast and it’s now available for pre-order in gold, gold plate (on silver), silver, and brass. 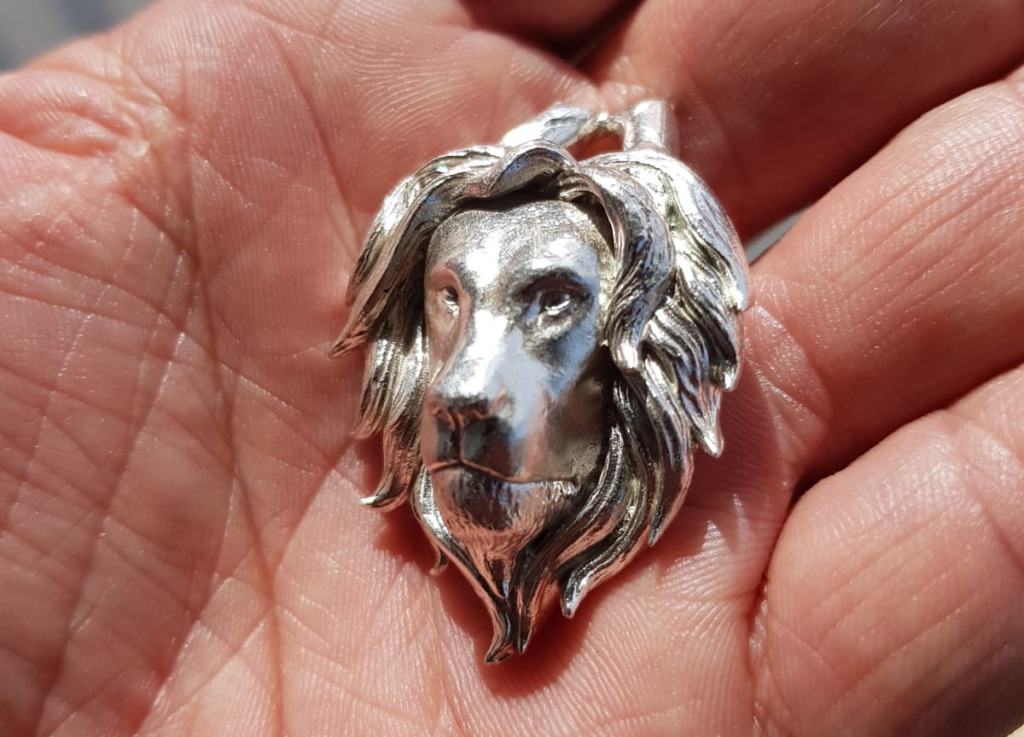 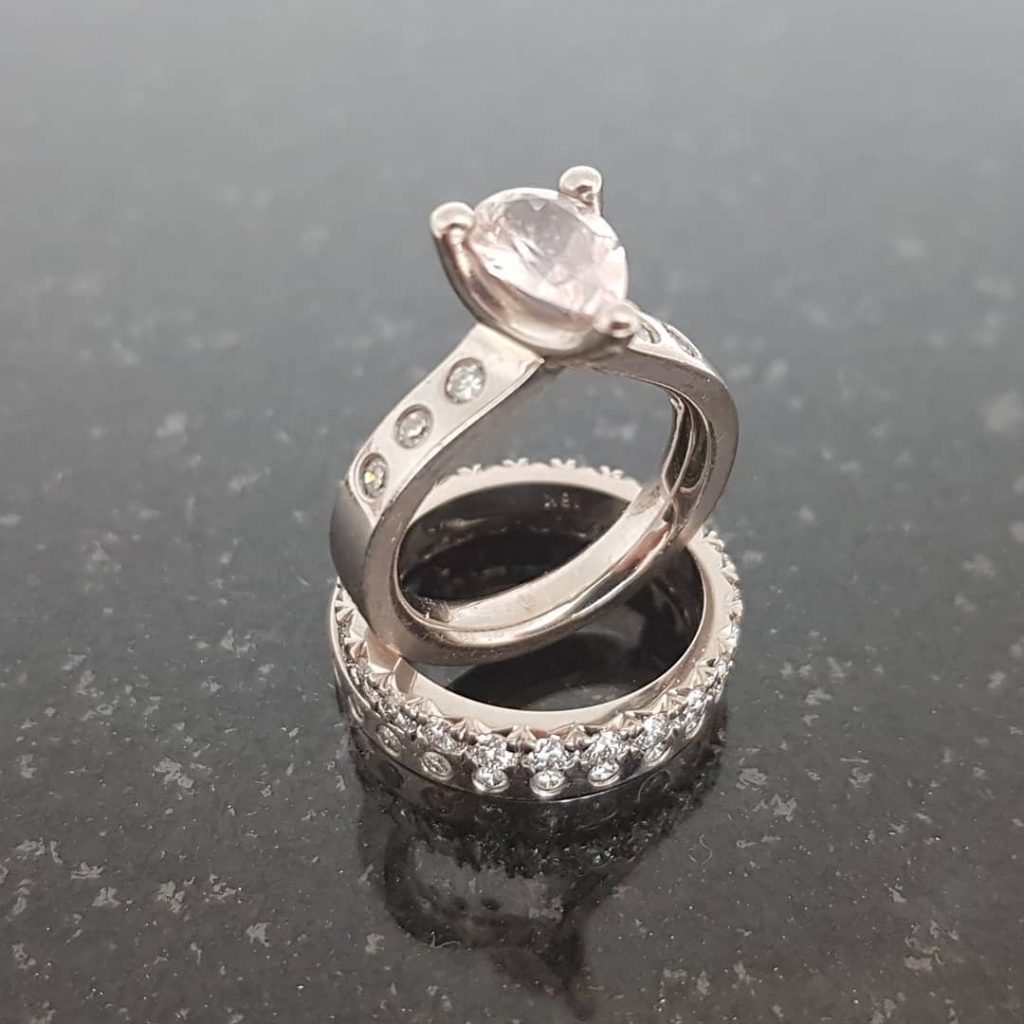 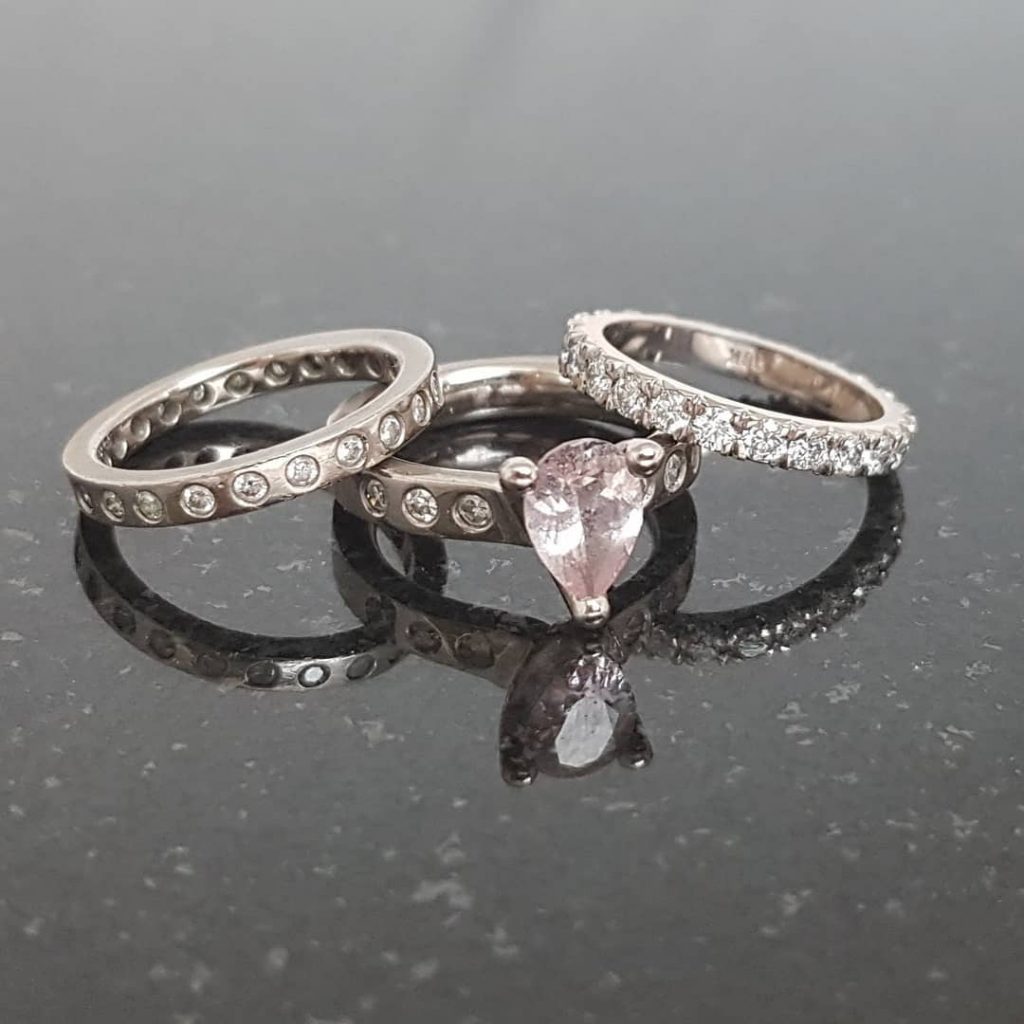 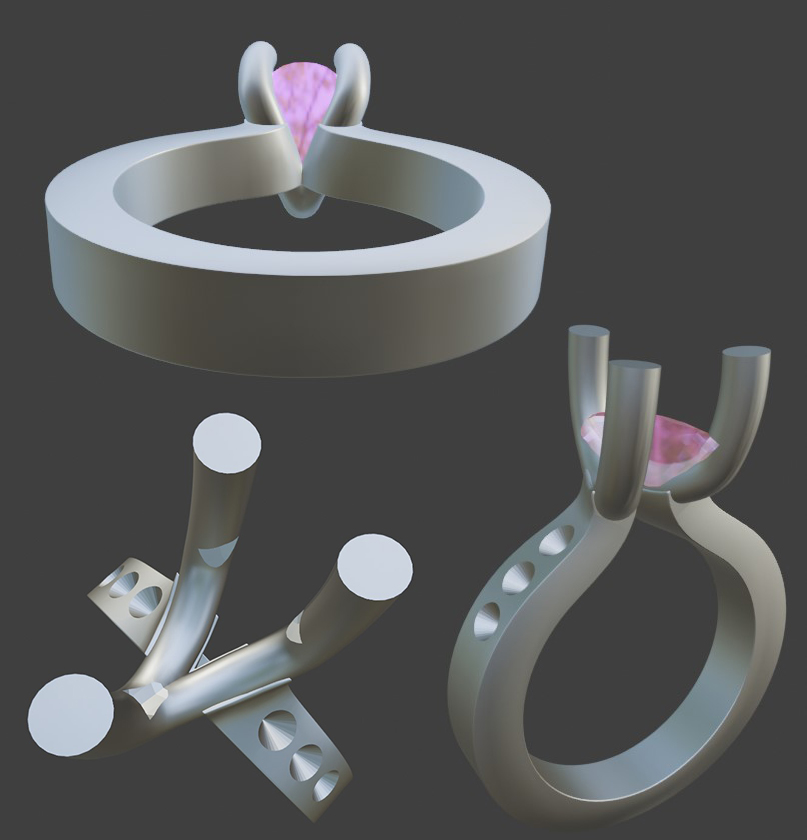 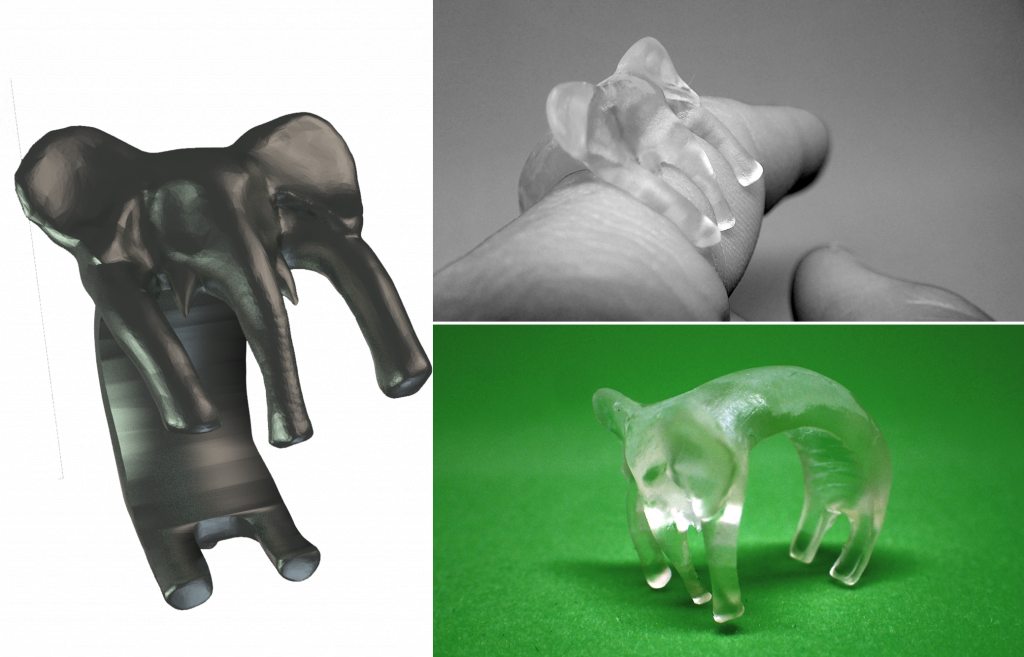 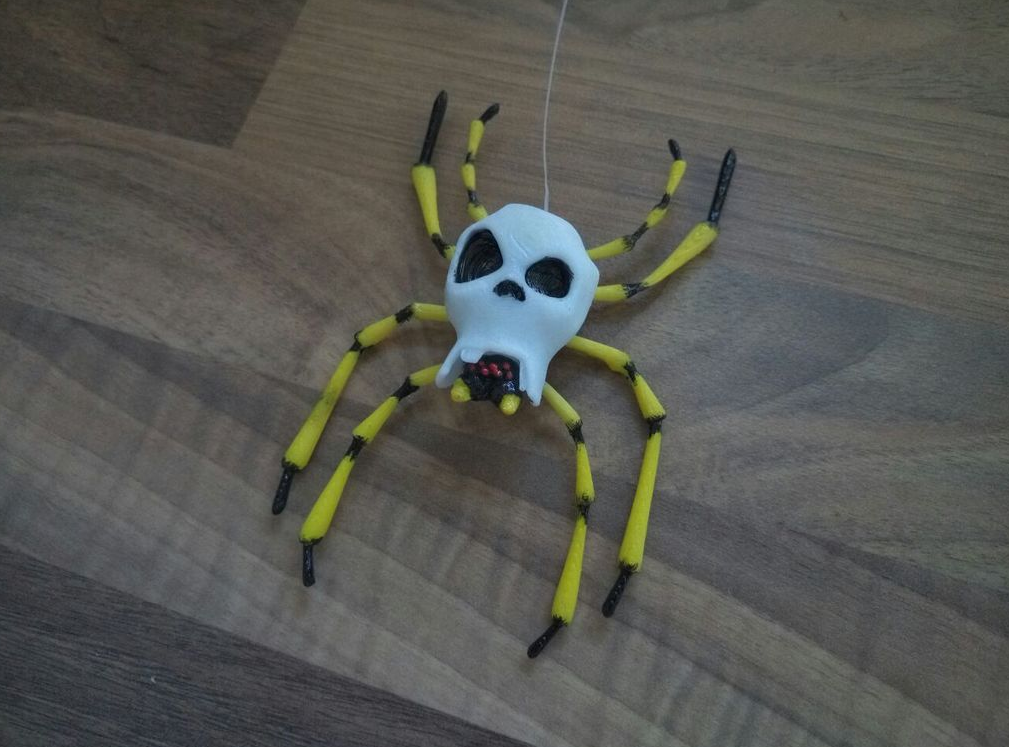