On this page I’ll show a bit of my process for making Chef from Risk of Rain into a character for Risk of Rain 2.

Originally I made these renders just for fun, fan art: 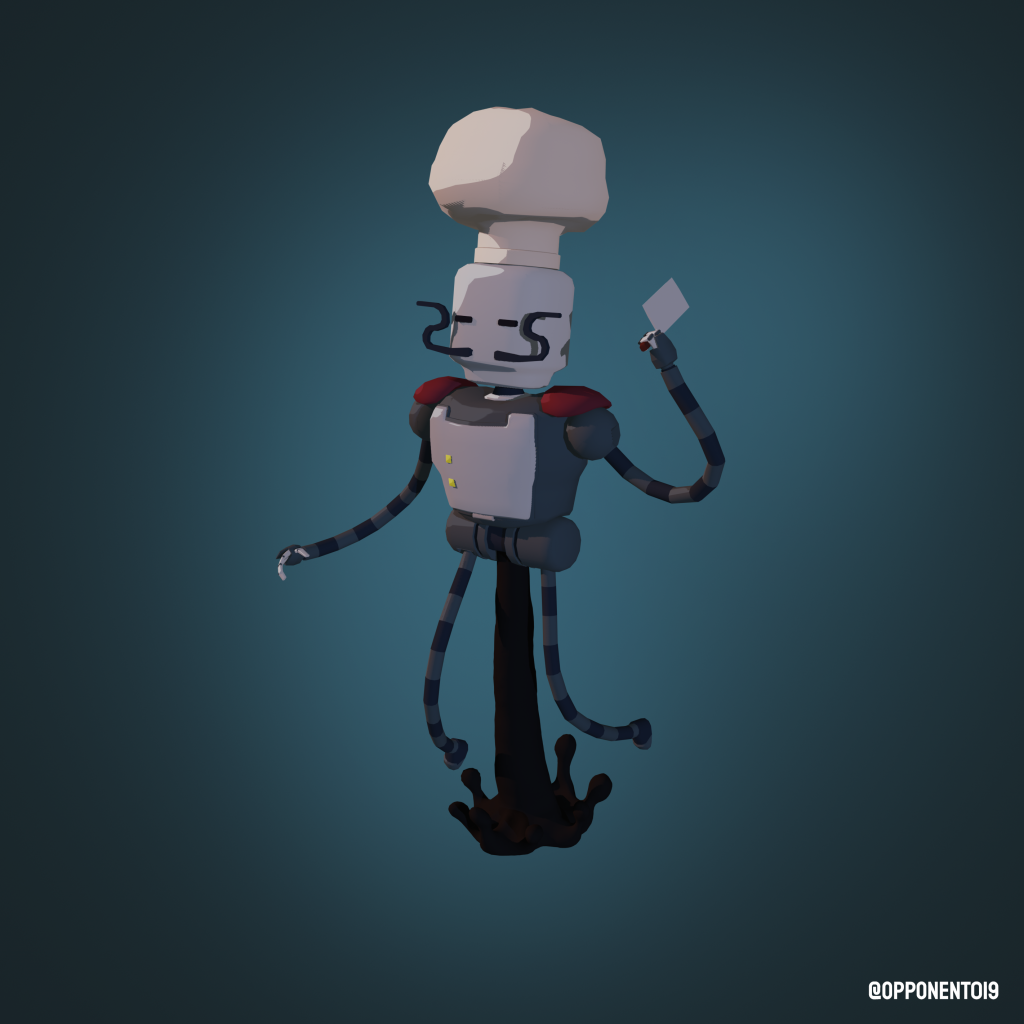 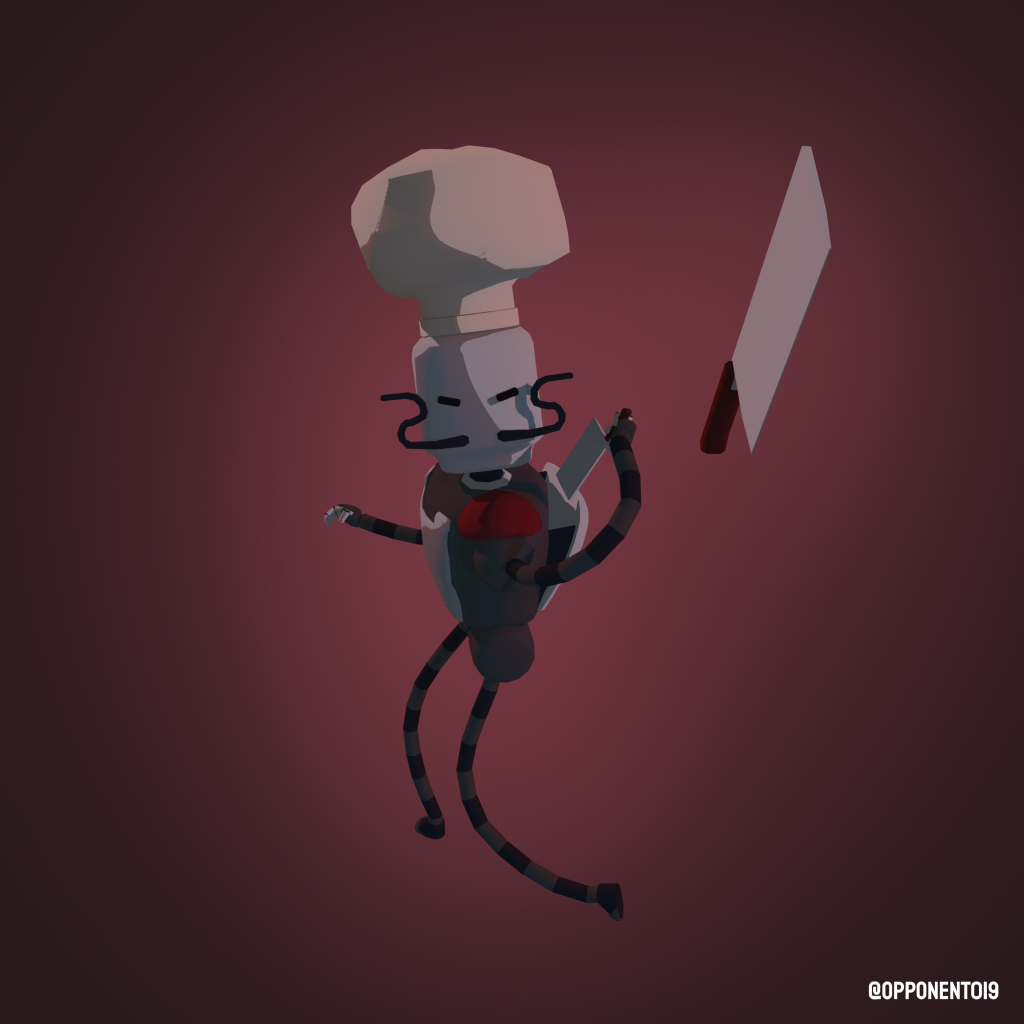 These were made trying to recreate Risk of Rain 2’s visual aesthetic to match, since I wanted to make a believable in-game screenshot: 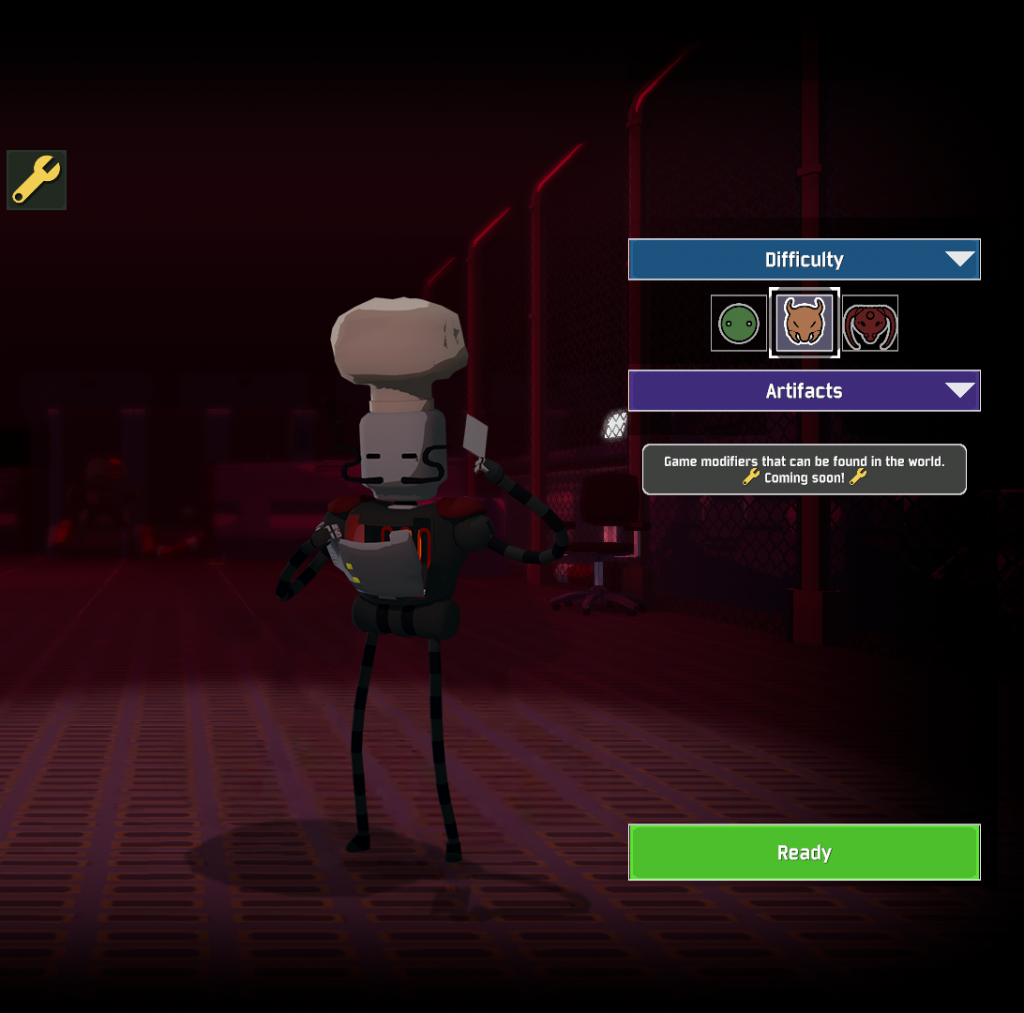 It fooled a few, but it didn’t get to where I wanted it. It did eventually though so keep scrolling.

But I also made a semi-realistic material for it using Substance Painter and had my fun with it: 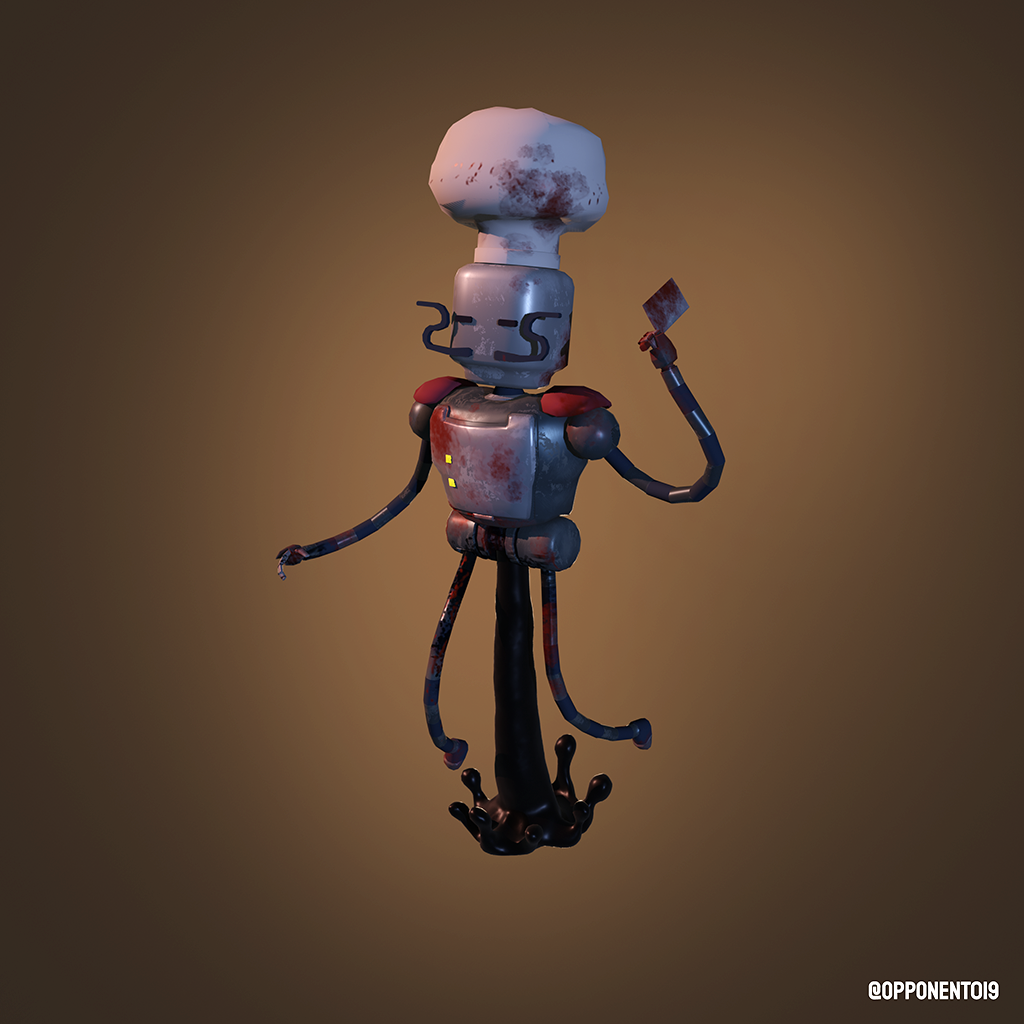 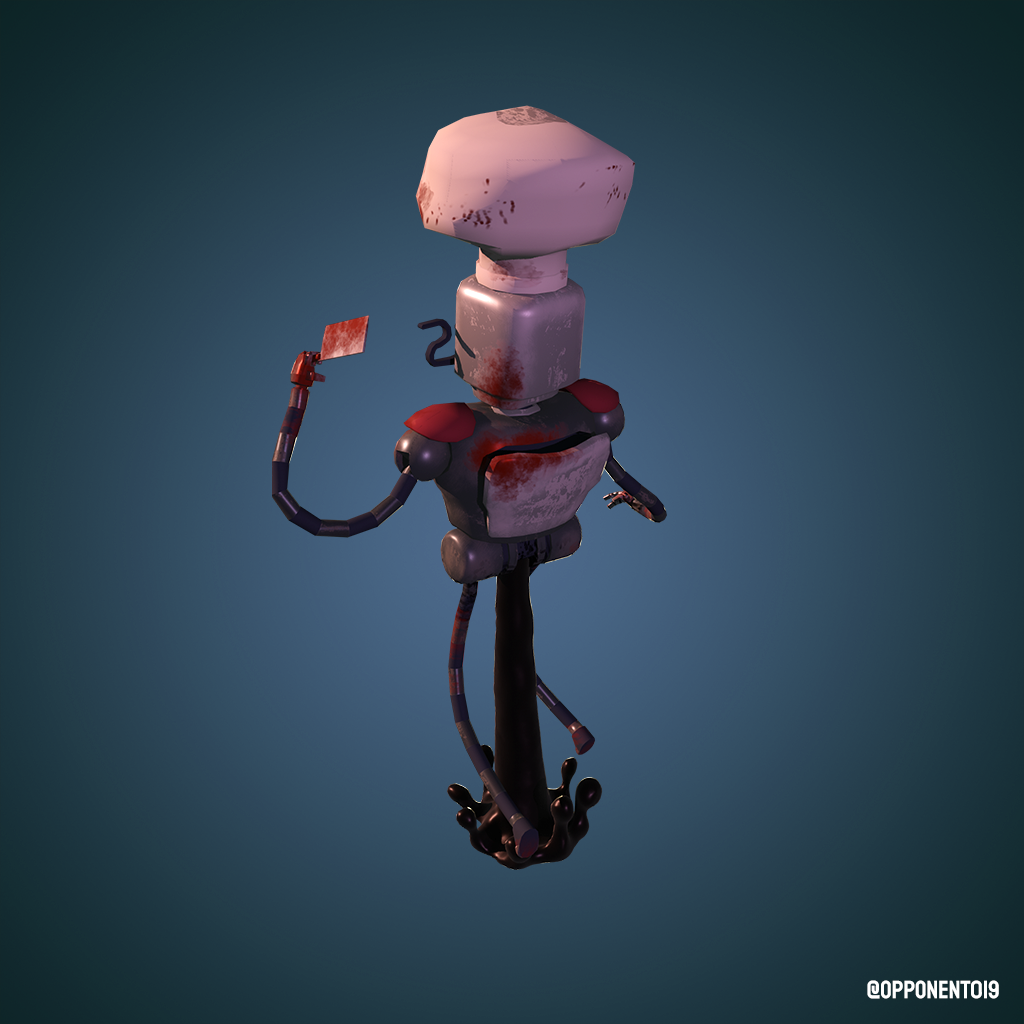 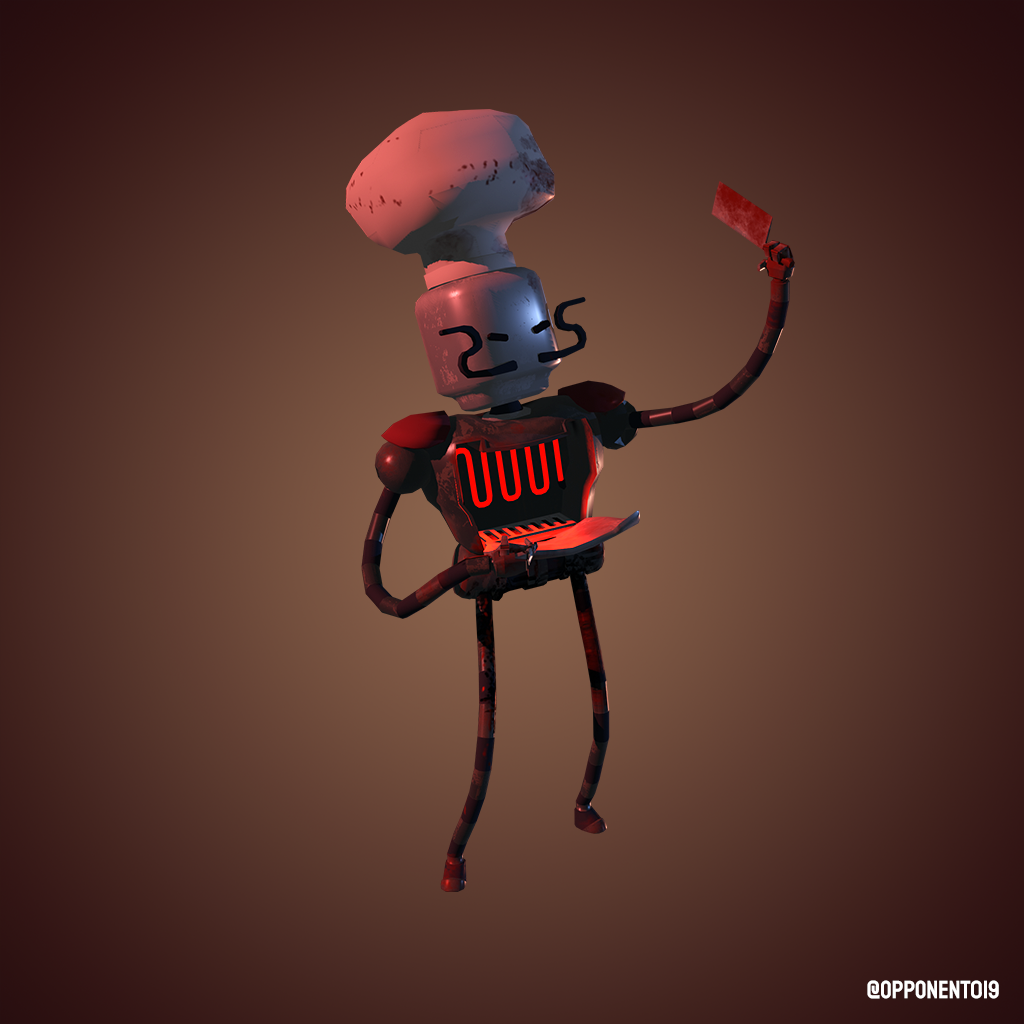 Couple of months later came an art contest for Risk of Rain 2! The theme being what character from the first game you would like in the sequel. Since I already had my character done I wanted to add more content to it to make it even better, so I came up with this:

This was all done using Blender.

And for the video I changed the shader a bit more, personally that’s my favorite: 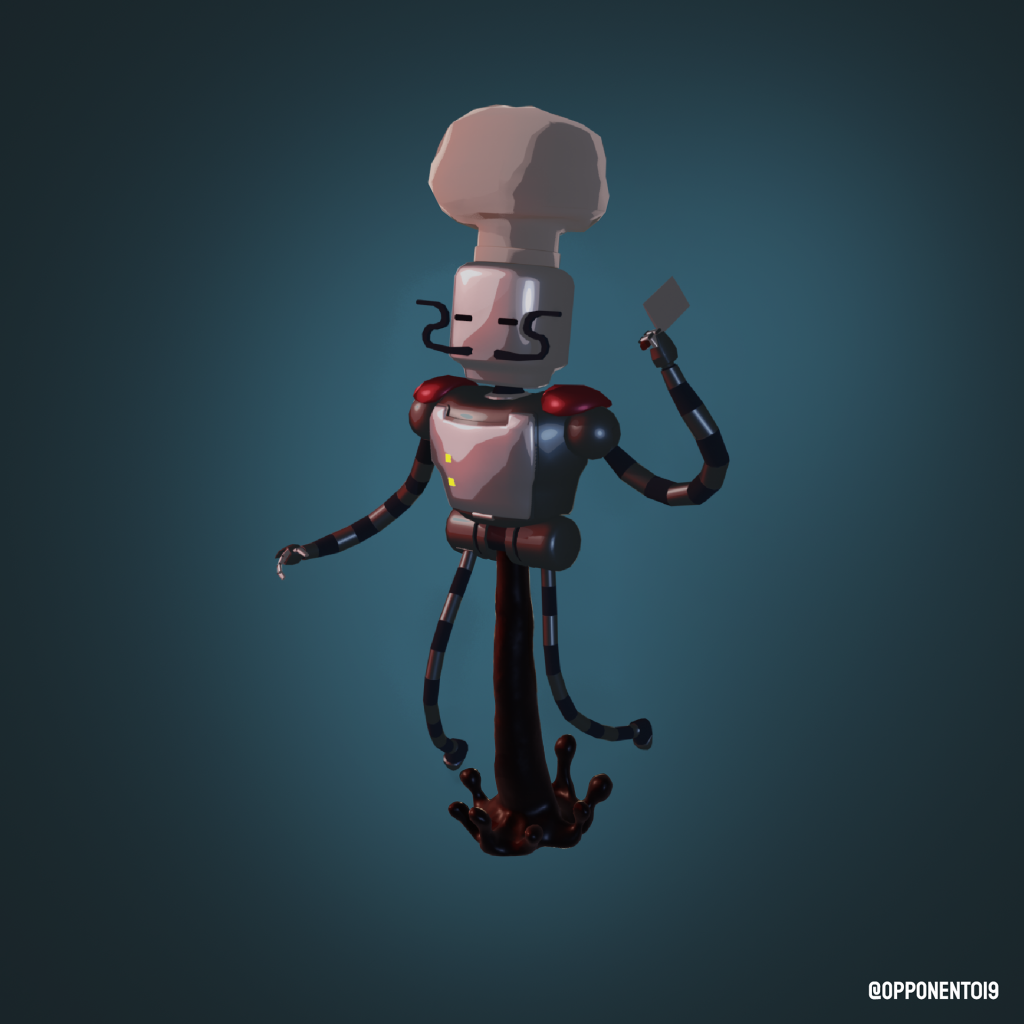 It took me several iterations to get there, here are some of the WIP screenshots: 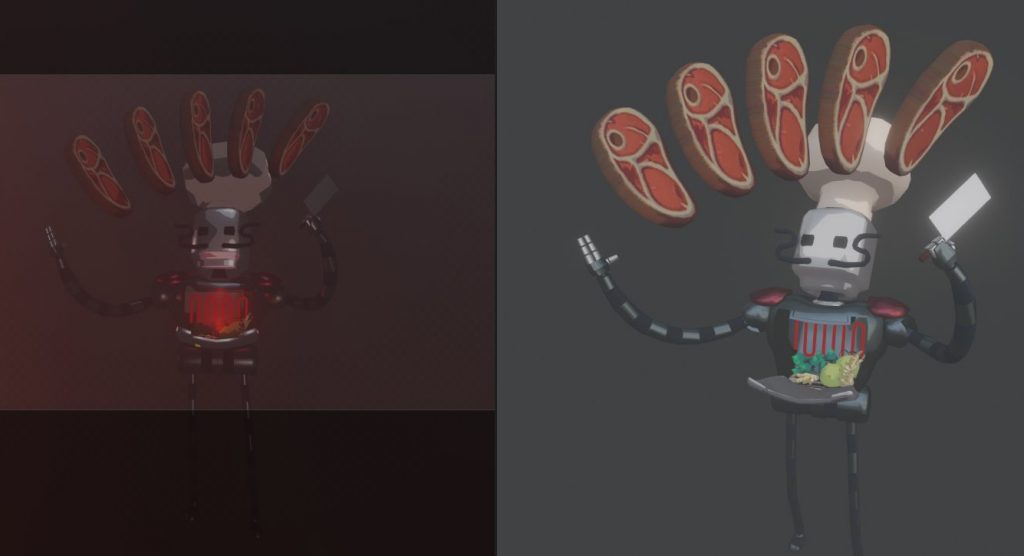 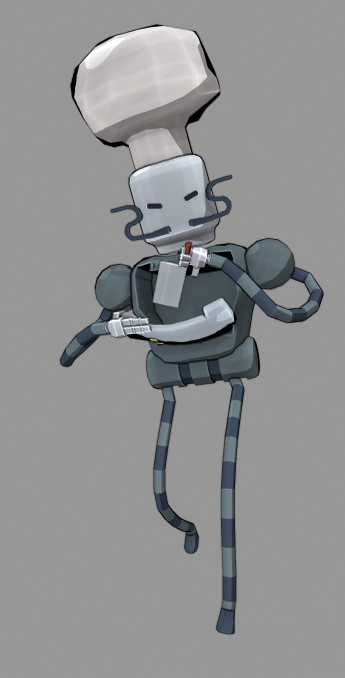 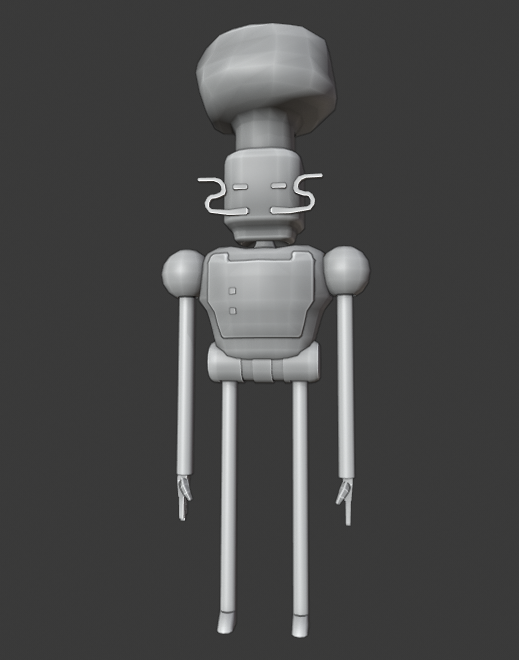 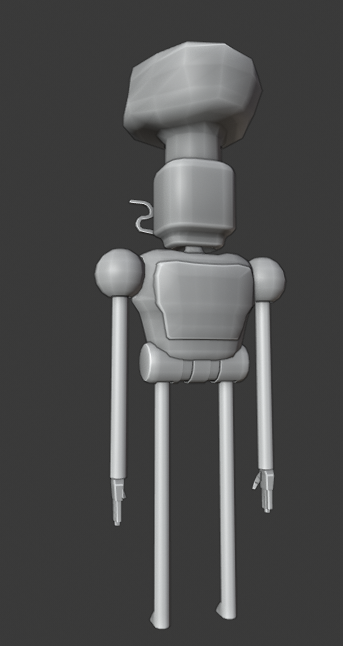 In case you’re not familiarized with Risk of Rain, this is how Chef looked in the first game and then how the second game looks: 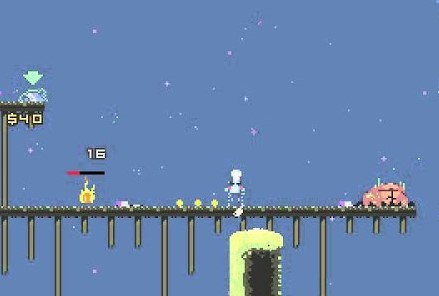 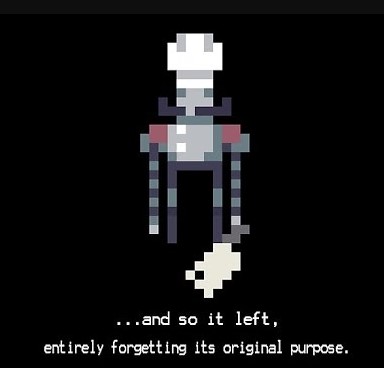 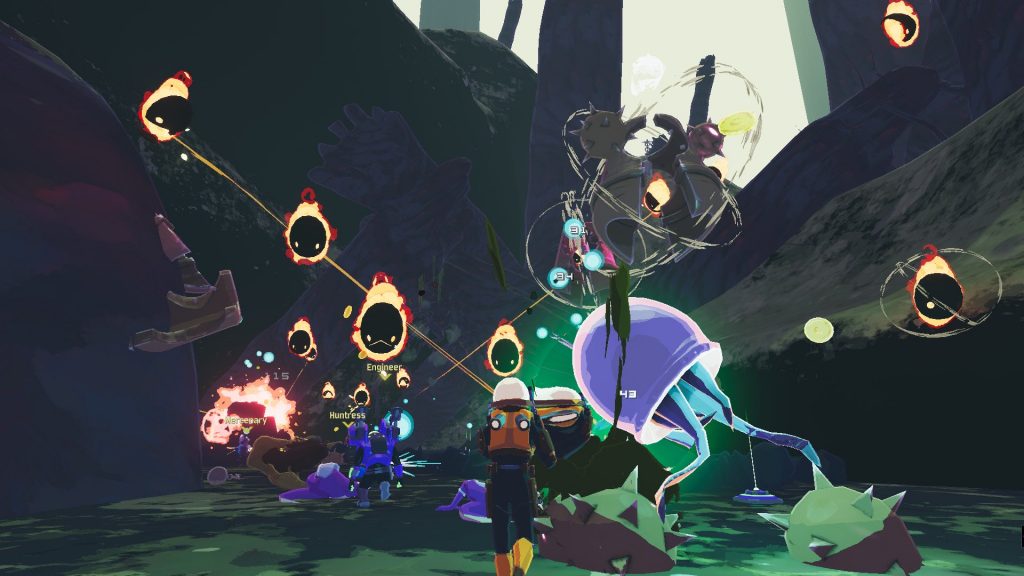