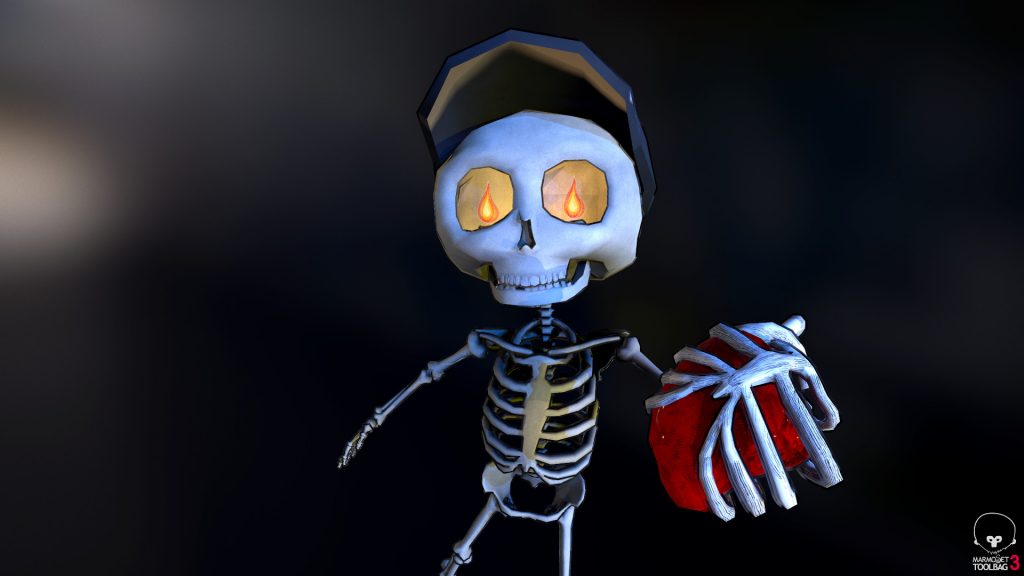 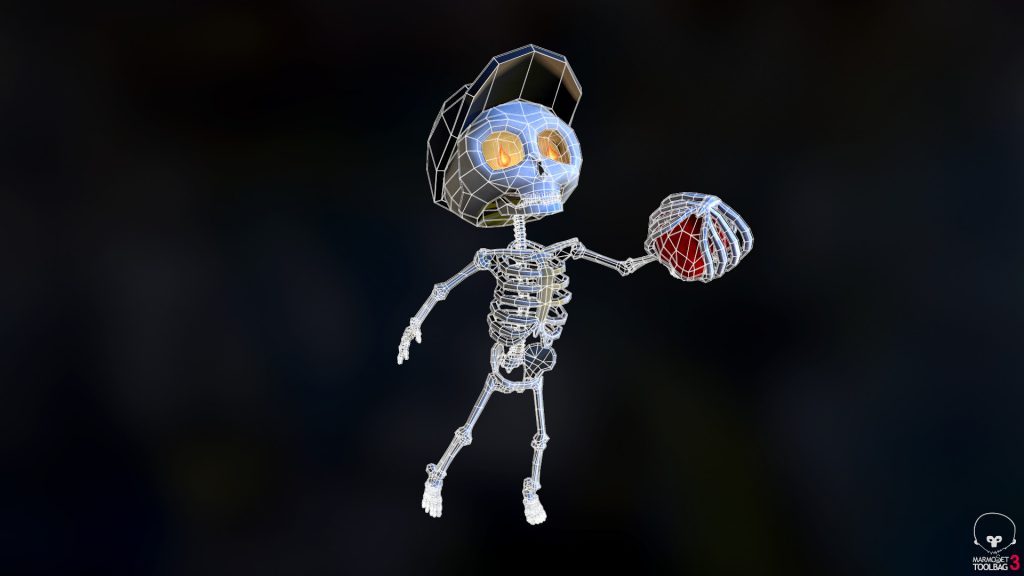 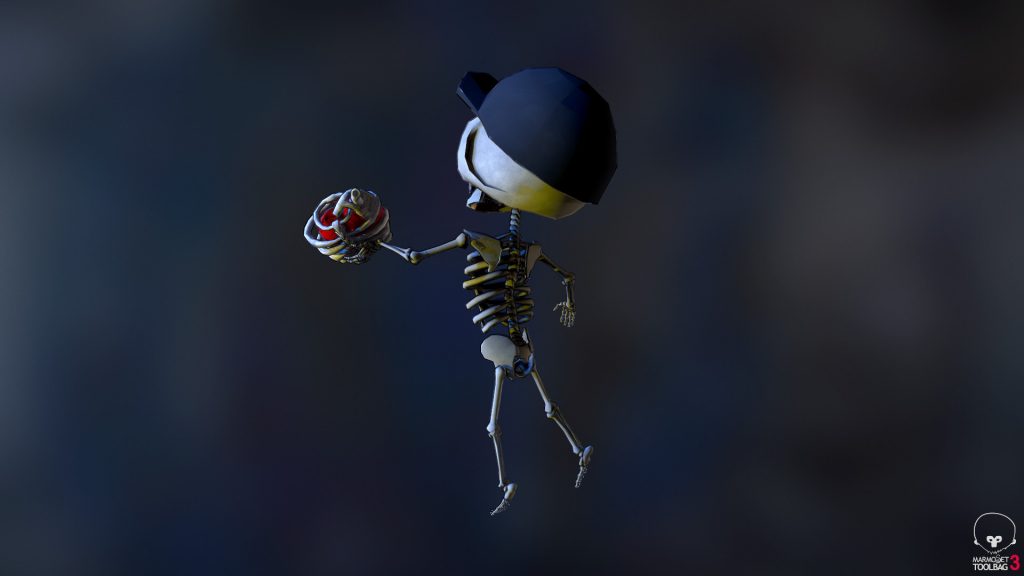 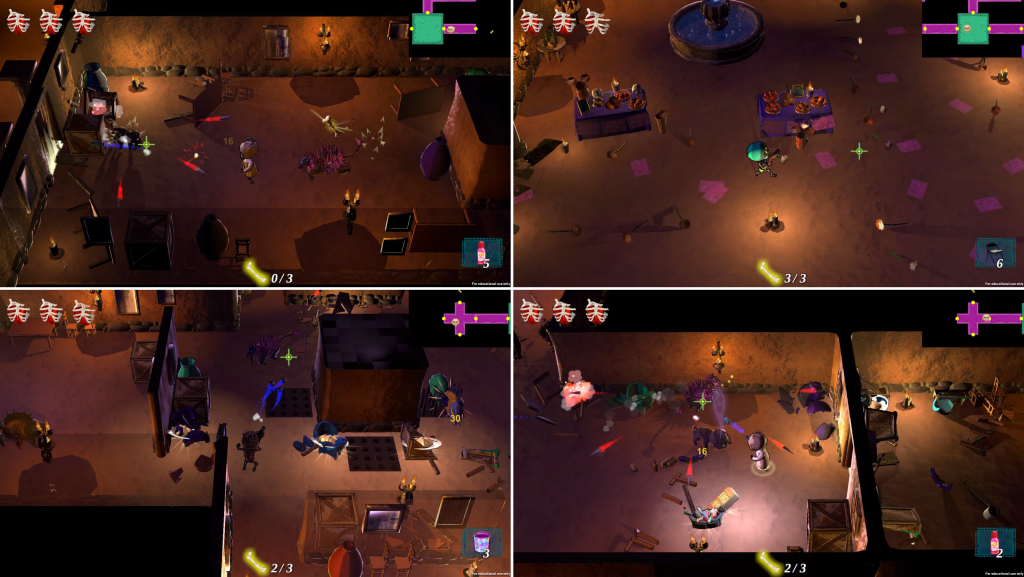 For this game I modeled every asset with the only exception of the Alebrije (enemy) that looks like a fish and rigged every character; I was also in charge of lighting and particle systems using Unity 5.4.

I was in a team of 2 artists (including myself) and 2 programmers, one of them doubling as project manager; we worked in the game for 4 months. My duties also included mentoring my fellow artist in the team (who started the program knowing nothing about making art) with his animations and textures to be better, to make sure all the art was getting implemented correctly, keeping the art folder neat and organized to avoid chaos, to make the final decisions (we all had a say in the art but there were some things that they left to my discretion), and solve any art-related issues that came up. I also instructed the collaborator that helped us with the characters’ design and concept since she had zero experience with games or creating concept for 3D (wasn’t a professional artist).

Catrina’s Plight was made as a final project for Vancouver’s Film School Game Design program and when we were thinking of what we could do as a project we thought that we could take advantage of our background as Mexicans and use our culture and traditions as inspiration.

Our first art decision was to follow a Day of the Dead theme since it’s our favorite tradition and it’s well know internationally so people will be able to recognize what it is about. Then for our enemies we thought of Alebrijes, which are brightly coloured Mexican folk art sculptures usually made with cardboard or paper of chimera-like creatures. Our main character, Pedro, we based on Pedro Linares, the original creator of Alebrijes 80 years ago.

The player will get the opportunity to change the set Pedro’s wearing and this will change the weapon and throwable object, the set is random and since the player never knows what they’re getting they have to take the decision of either stick to what they have or try for a different one. You can see a little bit more about each set here (annotations): 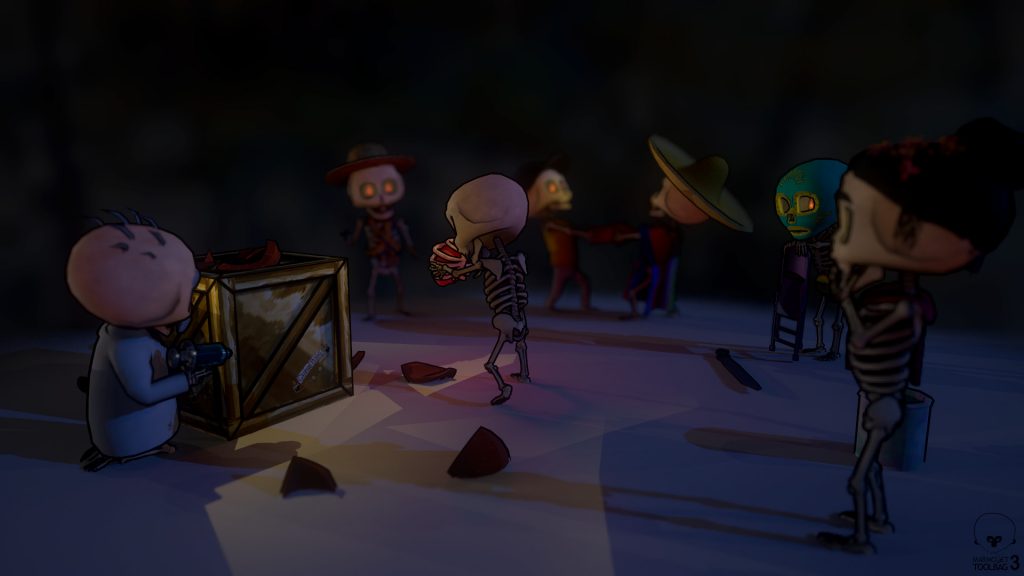 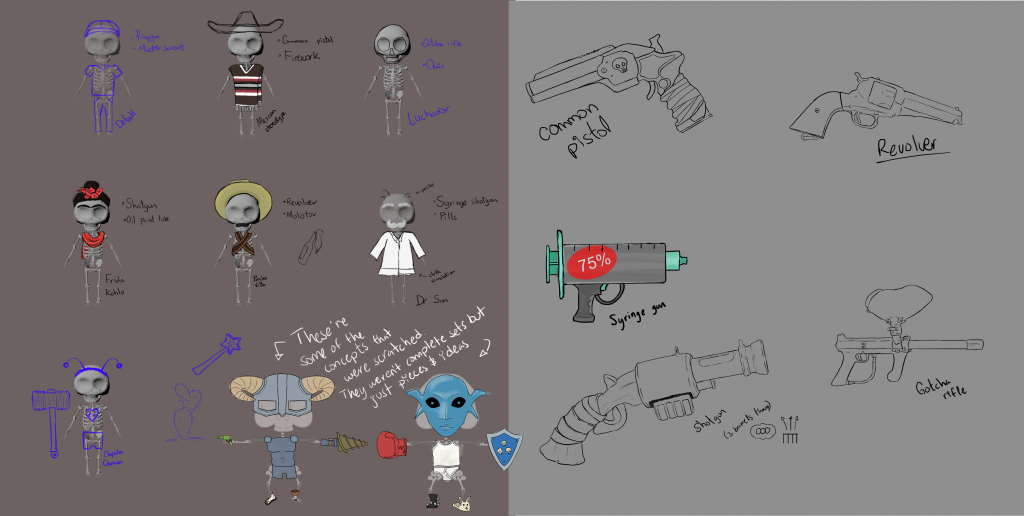 These are the concepts I made for the sets and weapons. Although 2D and concept art are not my strong suits I manage to make it work when necessary.

I modeled and rigged the characters in Maya 2016 and modeled all the environment assets in Blender. I’m very able to use Maya when necessary but my personal favorite is Blender.

The Alebrijes are enemies in the game and El Mariachi is the boss. He was pretty rushed since we didn’t have time to make an actual boss fight, but we managed to get to at least make an appearance in the game last minute. Catrina was modeled and rigged but didn’t make it to the game.

This is a scene were El Mariachi is getting the poor innocent Alebrijes drunk to continue the Day of the Dead party without letting Catrina stop him.

This is the architectural modular kit I made, all these use the same diffuse, normal, and roughness map which I made using Substance Designer. 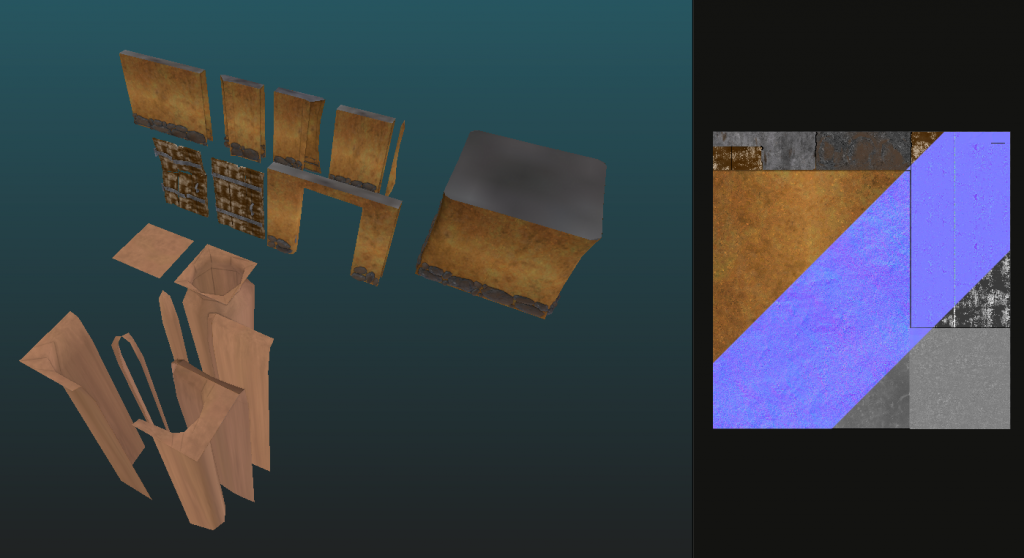 During the production of Catrina’s Plight I also made a Python script that would help me automatize the process of making the rigs, like mirroring with names and color codes and automatically setting the orientation of each of the controllers following the orientation of their determined bone while keeping the rotation in 0,0,0. It can be downloaded for free here. 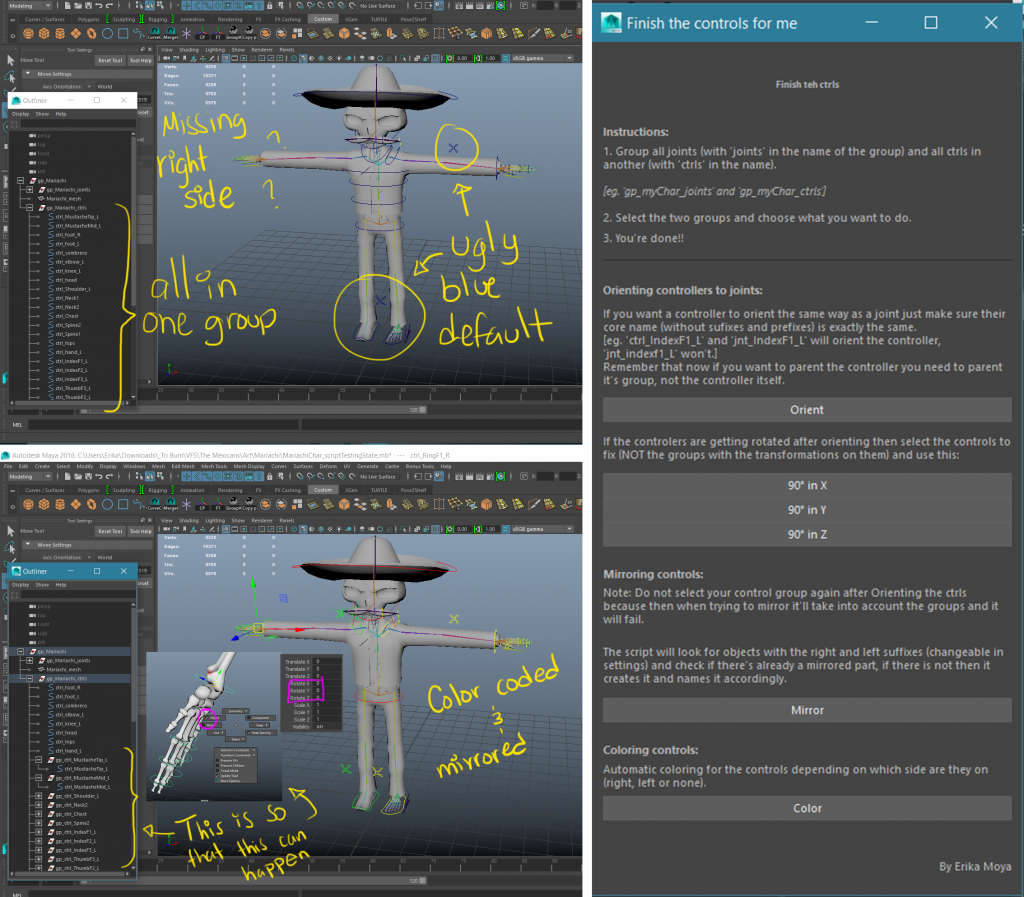